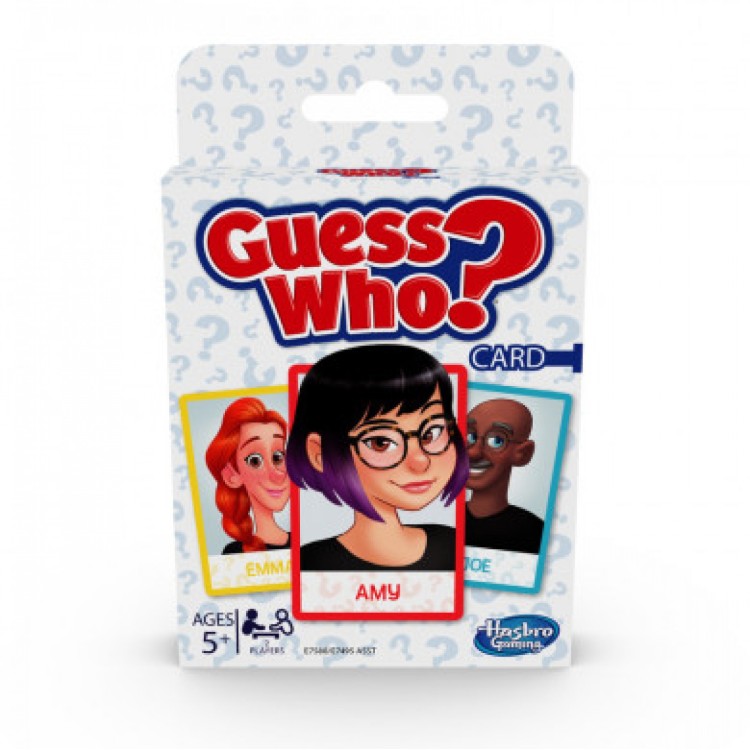 It's a twist on Guess Who? gameplay with cards!  In this version of the Guess Who? game, players lay out their Character cards in front of them and choose a Mystery Character from the Mystery deck.  Then each player asks their opponent a yes or no question, and the answer gets them closer to who's on their opponent's Mystery card.  When they think they know who their opponent's Mystery Character is, players make a guess.  A correct guess makes that player the winner.  If they guess incorrectly, that player loses the game!  This quick-playing card game is a convenient way to let your kids take the Guess Who? game with them when traveling or visiting a friend's house.  For 2 players, ages 5+