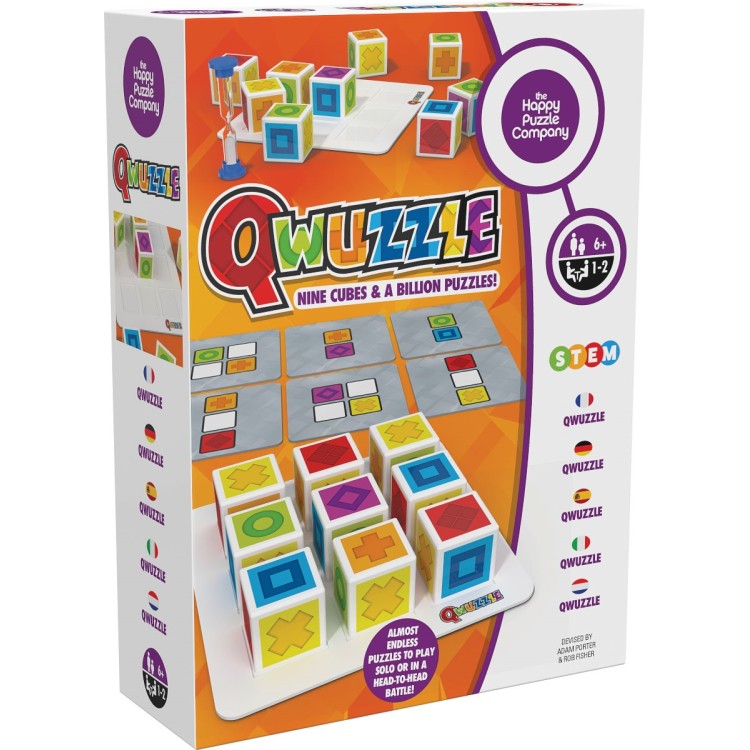 Nine cubes and a billion puzzles!  If you like The Genius Square, you’ll love Qwuzzle!  Start by taking a set of nine Qwuzzle cubes and a grid.  Now draw six of the basic cards.  Each card displays an image which needs to feature in the 3cm x 3cm grid that you will build with your cubes.  The image can be positioned anywhere within the grid, and on any rotation.  Your aim is to build all six images into your grid at the same time, before the timer runs out.  Play against the clock or against an opponent, with two sets of cubes and two grids included.  Ready for the challenge to get harder?  Introduce the “advanced” cards to make your task even trickier.  For 1-2 players, ages 6+